Industry 4.0 jobs being replaced by machines isn’t a myth 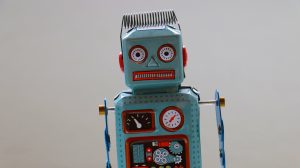 Cobots, also known as ‘collaborative robots’, are the new generation of robots. They are complex systems involving sensors, software, and imaging tools which allow them to share a number of tasks with human co-workers.

The draw for Industry 4.0 is clear: robots are available 24/7, they’re reliable and precise, and never take holidays.

But workers can also expect to benefit. The Centre for European Economic Research (ZEW) reported that between 1999 and 2010, automation actually had a positive impact on jobs.

The reason? As some jobs are replaced by machines, automation also helps create them.

So, what can highly-skilled Industry 4.0 professionals expect from the rise in automation? 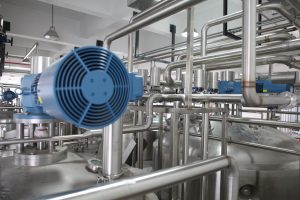 Rather than whole jobs being replaced by machines, robots are typically taking on the more menial and repetitive aspects. And as well as mind-numbing tasks such as screwing caps onto washing machines, robots can also deal with hazardous and unhealthy tasks.

What’s more, although algorithms excel at complex tasks that involve set processes with hundreds of steps, they struggle with subjective decision-making and problem-solving – exactly what humans are good at. And of course, humans need to write and update algorithms in the first place.

This is good news for highly-skilled professionals within Industry 4.0. 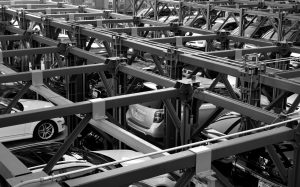 ZEW reported that highly-skilled workers can expect significant benefits in their pay packets. This is particularly the case for scientific or management roles which typically involve complementary jobs not easily replaced by machines.

The introduction of ATMs several decades ago offers a concrete example of this. They could have spelled the end of bank jobs. In fact, the number of US bank jobs actually increased. ATMs lowered branch operation costs, prompting banks to open more branches with jobs for human bank tellers. 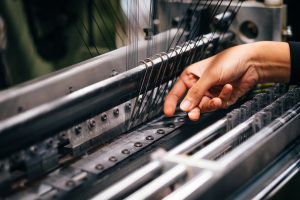 Automotive professionals are more likely to keep their jobs

A study conducted by Heinrich Heine University Düsseldorf concluded that automotive workers were more likely to keep their jobs once robots were introduced.

As robots proliferate, humans still need to control them and make final decisions. While computer vision aids reasoning and perception, robots struggle with unexpected circumstances that humans take in their stride, such as changing suppliers.

Cobots (collaborative robots) work alongside humans using sensors and perception systems to ensure safety. They can handle multiple functions at once, shut down when a human worker enters the workspace to complete the work.

What challenges does the rise in automated jobs present?

Upskilling workers is a key challenge for Industry 4.0, even for professional roles. Encouraging ‘worker mobility’ from outside the industry can improve learning and innovation, as we discussed in our post about challenges facing the Internet of Things.

And despite highly-skilled professionals enjoying higher salaries, the ZEW identified a growing wage inequality gap. Lower- and medium-skilled workers experienced stagnated wages. Despite this, they found no negative impact on the employment level.

Looking for your next Industry 4.0 job? Take a look at our latest job vacancies, call MasterSearch on +44 207 101 9623 or email rmasterson@mastersearch.co.uk.

MasterSearch specialises in placing candidates in the European Industrial Automation and Automotive market. Our candidates and clients are never a number: we use our honesty and openness to build strong, long-lasting relationships. Specialising in this industry means we are uniquely placed to continually adapt to changes in this fast-paced and innovative market.